I start every morning with New York 1, it may be one of my favorite morning news programs.

The simple news channel is one of my favorite perks of living in the city, but with the NYC elections coming tomorrow, discussions of the mayoral candidates to replace Michael Bloomberg has been the topic of almost every discussion.

I’ll start by saying I’m not a fan of the Republican candidate Joe Lhota, but I have one outstanding issue with the Democratic candidate Bill de Blasio. 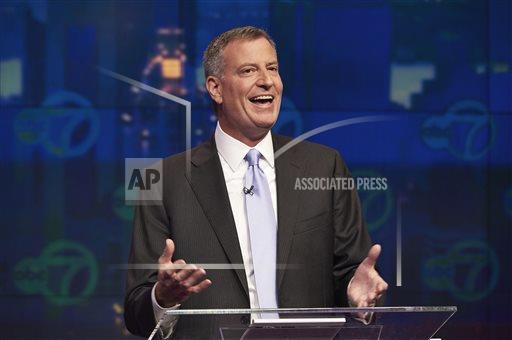 Apparently, de Blasio was late to an 11:30 meeting Saturday morning. Why? According to Politicker, because he had received a phone call at 5 earlier that morning and that threw off his sleep cycle.

How many of you are hard working employees that have to be to work before 8 or 9? Why should a candidate for mayor be allowed to consistently show up late to functions that are for him?

New York is supposed to be the city that never sleeps, but a mayor that likes to stay up late and can’t get up in the morning doesn’t sound like the type of person that is going to be concerned with anyone much beyond himself.

I’m still trying to wrap my head around New York politics, but I don’t think location changes what is acceptable and what is just pure lazy.