It wasn’t on my bucket list, but the US Open is one thing that I’m glad I can say I’ve done. 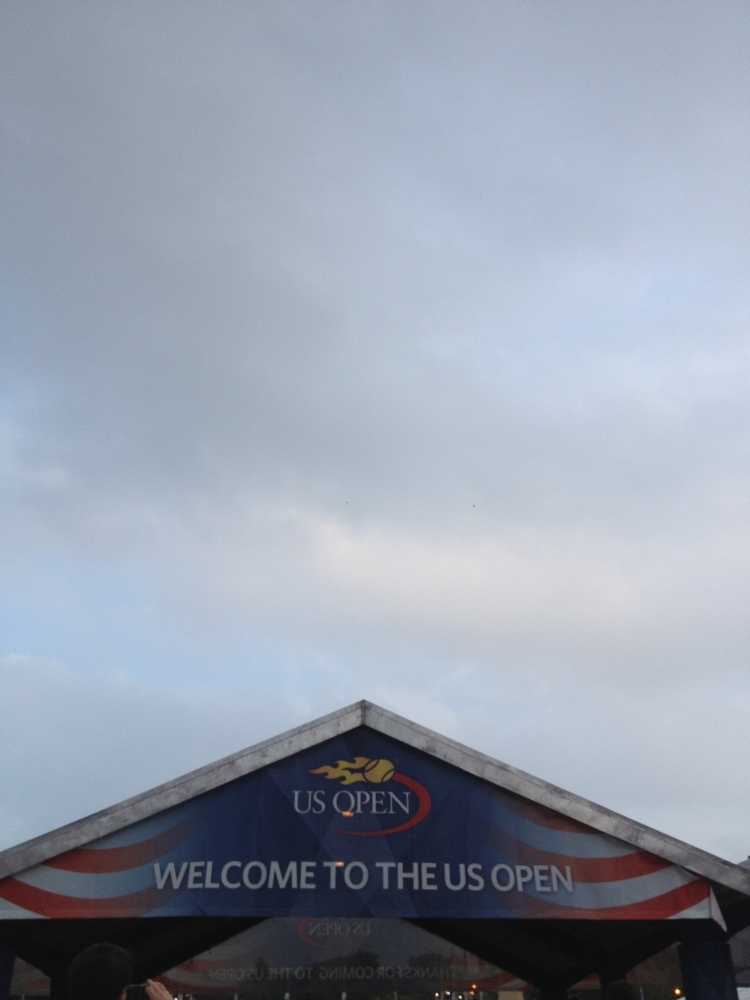 Sure, I knew that games make sets, makes a match, but that was about it. I’ve seen Nadal, Federer, and Murray, aside from remembering the likes of Agassi and Sampras. Beyond that, the closest thing to being a tennis fan was my “Pro” rating on Wii Sports.

Despite my seeming lack of interest in tennis though, The US Open is one of the greatest experiences I’ve had.

Because it’s the US Open. It’s kind of like someone asking if I wanted to go the Olympics, or the World Series. You don’t have to be a super fan to appreciate the level of sportsmanship and athleticism that it takes to reach the top level of a sport, and fortunately I experienced that last night.

Going into the match, all I knew was that we had to be there around 7, and that if the match went too far beyond 9, we were going to leave because Paige had a website to design. Maybe it was luck of the draw, but our match featured the number two player in the world, Rafael Nadal. Granted, I’m not a fan, so I pulled for the German underdog Kohlschreiber and prayed that we would get a good match.

Sure enough, Kohlschreiber gave us a good first set, and a decent second. Unfortunately though, that magic time rolled around and Paige and I had to leave after that. We hated to leave so early, but then again, the trip from Arthur Ashe Stadium to East Harlem isn’t one that we wanted to make at midnight, regardless of any work that Paige had to get done.

So, despite having to leave early, and waking up to discover that Kohlschreiber let me down, I can still say that I’ve been to the US Open, I’ve seen Rafael Nadal play, and the fire has been lit to experience everything I can.

People say that your 20s are the time that you put in the work for later in life, but what if later doesn’t come, or you never get the opportunity you hope for? Take it while you can, live your life, and never pass on anything. There’s just too much you’ll miss.