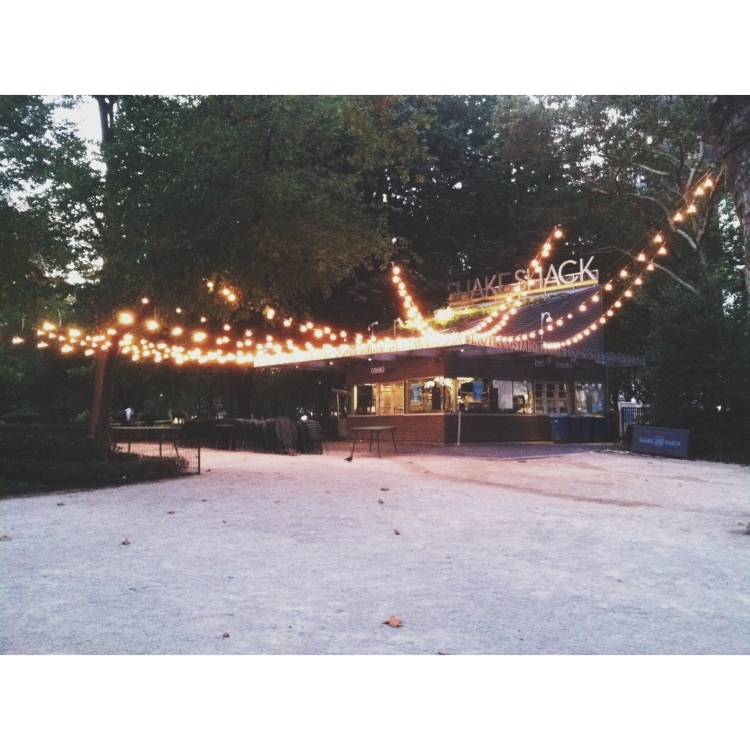 A temporary juice cleanse seemed like a good idea, but it’s even better that it only lasted a couple of days.

So what was the proper way to end it?

We waited for 3.5 hours in the pre-morning cold at the Madison Square Shake Shack for the debut of the Cronut Hole Concrete. 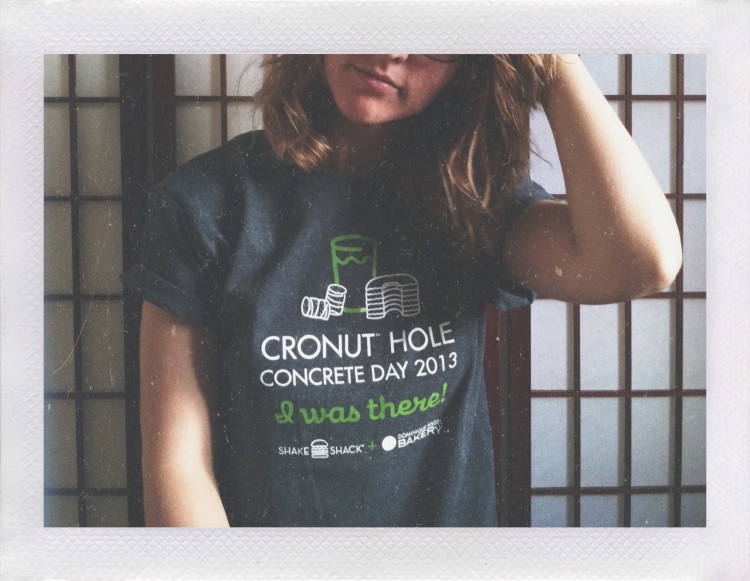 With only 1,000 custards, and free t-shirts for the first 100 people , how could we turn down the opportunity? So when the alarm when off at 5, and the apartment was frigid from the windows left open all night, it took all the motivation we had not to bail.

It’s crazy what people will do when you tell them there’s a t-shirt involved.

Despite the cold, which was welcomed at first, the morning began with a pleasant walk down an empty 116th; which, we both agreed, was great considering we haven’t seen an empty street in the morning for six months.

Needless to say, welcoming the cold didn’t last very long. The cronut hole concrete was kind of a fad that was lackluster and a little but disappointing, and the t-shirt was totally worth it. We blew our cleanse out of the water by having custard for breakfast, but it was fun, and we feel no need to do it again soon. 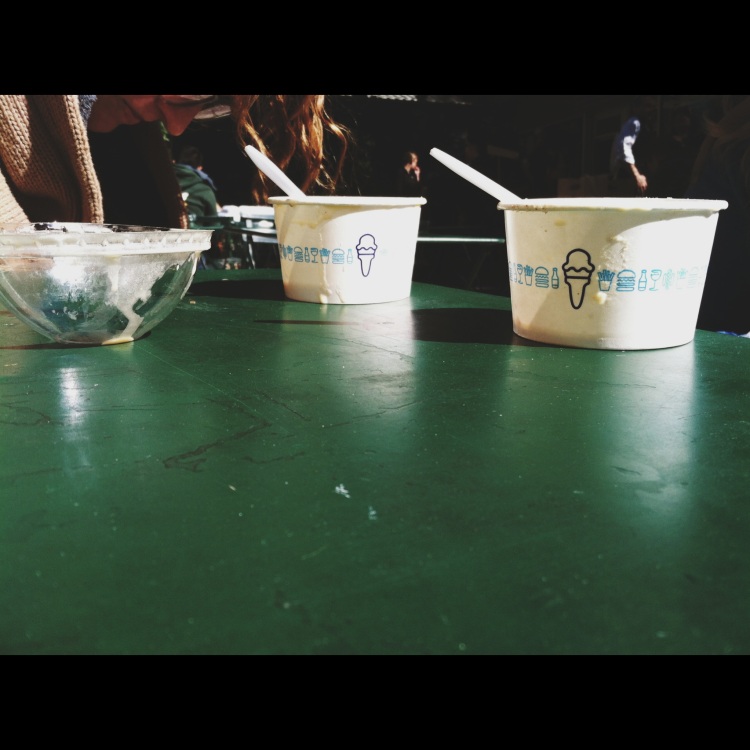 It may have been the saddest thing we’ve ever done, but it was fun waking up like we had an early morning rehearsal again, and watching the sun come up as we constantly questioned why we had even bothered.

In the end, if there’s a t-shirt involved, go ahead and do it. It may seem dumb, but it could turn out to be an unforgettable experience.

//
Editor’s Note:
Thanks to one of you, it was brought to my attention that I never actually explained what a Cronut was, much less the Cronut Hole Concrete.

A concrete is a pretty common frozen custard treat, generally a combination of frozen custard and ingredients like candy or cookies. The most mainstream knockoff would be the McFlurry.

The Cronut on the other hand, is Dominique Ansel’s answer to the specialized donut craze. Rather than using a typical heavy dough that most doughnuts are made from, Ansel introduced the use of croissant dough, transforming the flaky buttery pastry, into a light and buttery doughnut.

With their two powers combined, the Cronut Hole Concrete was born, and provided a decent reason to eat dessert for breakfast.

(Thanks Carson, and I hope that helped)